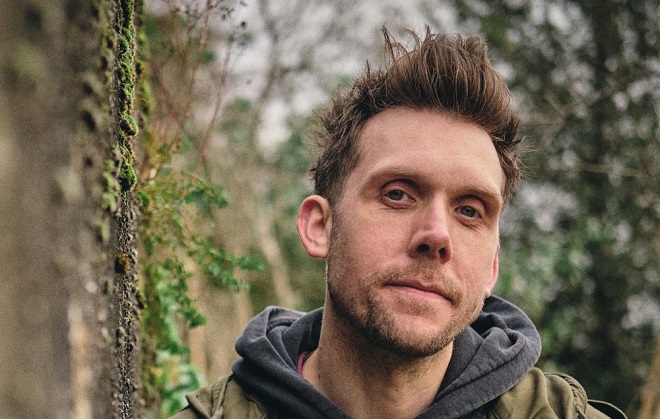 Award winning garden designer Steve Williams is on a mission to reconnect everyone to accessible green outdoor space.

And the former Derby College Group student is now reaching a national tv audience with his message, thanks to BBC’s Your Garden Made Perfect.

Steve was invited to join the popular Friday evening programme as one of its garden designers.

Originally from Derby, Steve took an art foundation course at DCG’s former Mackworth site when he was 18 – a move which he says was pivotal in his future career as it made him ‘look at things in different ways’.

Ten years later, with a degree in photographic art from Newport University, South Wales, he returned to DCG to take level 3 horticulture at Broomfield Hall.

Steve had found the art world was no longer for him, and unsure of what to do next, he took up maintenance gardening back home in Derby.

He said: “I was cutting hedges, that kind of thing, but soon realised that I didn’t know much about plants. I wanted to learn about them so I enrolled at Broomfield Hall.

“I had intended to do a basic plantsmanship course but there were loads of interesting modules and I ended up doing the level 3 in horticulture.

“There was an obvious connection between landscaping and the design side, and I really enjoyed being outside and living that physical lifestyle.”

Steve felt slightly nervous about returning to college at first as it marked a change in career, but he need not have worried.

He added: “Going to Broomfield and continuing to learn helped me to connect the dots. Broomfield’s a beautiful site with historic gardens and I got on well with my lecturer Mike Baldwin.

“He was inspirational. Horticulture is a nice area to work in as it’s so welcoming and accepting, and Broomfield symbolised that.”

Now the owner of his own successful garden design business in Bristol, Steve is also involved in a pioneering project in London called London Glades which aims to reconnect people to nature in the public realm.

Steve is pleased to see the emergence of a more ecological approach to garden design.

He added: “At one time it was all about clipped lawns and neat borders that required constant weeding – so mind-numbingly boring; anything else was considered messy.

“Fortunately, we’re now seeing a move towards more naturalistic planting schemes allowing plants to grow where they naturally want to be.”

Going to Broomfield and continuing to learn helped me to connect the dots. Broomfield’s a beautiful site with historic gardens and I got on well with my lecturer Mike Baldwin.