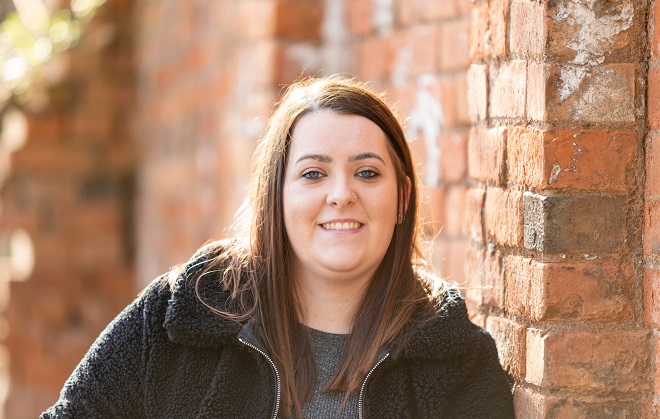 Fluency in French and Spanish is proving a big advantage for former Derby College A-Level French student Sophie Smyth as she retrains to be a nurse.

Qualified teacher Sophie is close to completing her degree in adult nursing and has found her foreign language skills highly transferable.

Sophie, who has a post graduate degree in French and Spanish, taught both subjects to A-level.

Her career has seen her working in Kuwait and Gran Canaria as well as the UK.

But, ready for a change, she took a job in a care home when she returned to Derby just before the pandemic.

She now works as a bank nurse while finishing her nursing degree at the University of Derby.

Sophie said: “Good communication is so important in nursing and being fluent in French and Spanish comes in useful when talking with colleagues and patients.

“As a nurse I meet people from so many different parts of the world.

“For example, one of the residents in the care home was from Romania and, as Romanian has similarities with Spanish, I found it easier to communicate with her.

“Being a French speaker also helped in that job as the nurse there was French!”

Sophie began learning French at age nine, loved it, and went on to gain A* at GCSE.

She wanted to take A-level French but her school didn’t have a sixth form so she came to Derby College.

Whilst at the Joseph Wright Centre she also took A-levels in History and English Literature, gaining an A and C.

She said: “There were only four of us taking A-level French in our year, and Sally, our teacher, was lovely.

“Joseph Wright Centre is a good college and going there helped me make the transition to university after coming from a small secondary school.

“Although I’ve changed career, taking my French A-level at DCG definitely set me on the right path.”

Joseph Wright Centre is a good college and going there helped me make the transition to university after coming from a small secondary school.