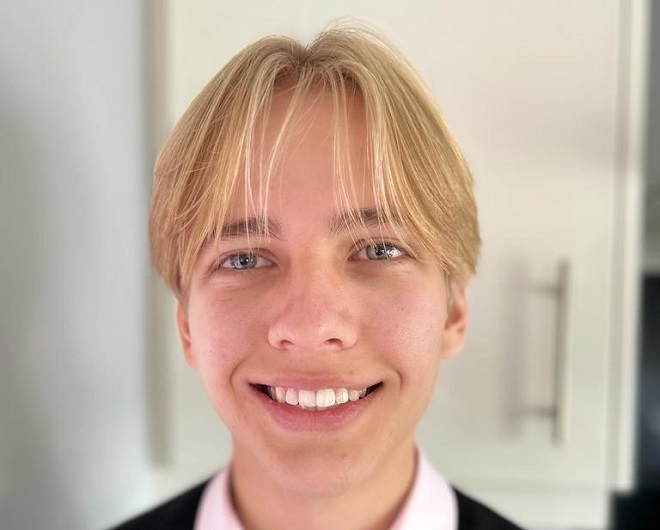 Discovering degree apprenticeships while studying with Derby College Group has opened up a stimulating new career opportunity for former A-level student Dylan Board.

Dylan, aged 18, is now several weeks into a business management degree apprenticeship with Rolls-Royce Submarines and will take his degree with the University of Derby.

He studied A-level Maths, Physics and Criminology at Joseph Wright Centre, achieving an A and two Cs, but despite his good grades, was unsure what career to pursue.

He said: “I liked my time at JWC and enjoyed the subjects I took, particularly criminology. I always liked maths at school but wasn’t sure what I wanted to do as a career.

“I’d started leaning towards perhaps joining the police, but while at college, we were introduced to degree apprenticeships. I liked the sound of them so when I saw Rolls-Royce were inviting applications, I decided to apply – not expecting that I’d be offered a place.”

Dylan started his four-year apprenticeship a few weeks ago, but because of the confidential nature of his work, cannot give precise details of what he is learning. He is however, finding the role very interesting.

He added: “I decided to study for my A-levels at Derby College instead of my school sixth form, as I was ready for a change. I needed something different, something unlike school, and I wanted to be more independent. Much of what I learned at A-level is relevant in my role.

“I would recommend JWC for A-levels. As well as assisting us with our studies the staff were also good at showing us different career options.”

A market leader in submarine propulsion systems, its activities encompass everything from design and procurement to manufacture and in-service support.

I would recommend JWC for A-levels. As well as assisting us with our studies the staff were also good at showing us different career options.