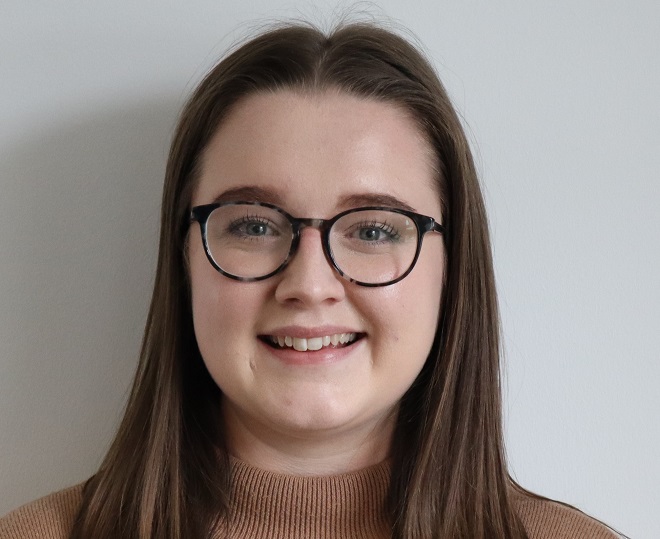 Becky, who studied Spanish A-level at Derby College, has, through her university, been invited by the Ministry of Education in Chile to teach Chilean students online.

With a degree in Spanish and TESOL qualification (Teaching English to Speakers of Other Languages), she now works as a TESOL teaching assistant at a secondary school in Coventry.

Becky, who spent six months working at the British Consulate in Valencia during her third year at Nottingham Trent University, said: “The invitation to teach Chilean students came about via my university.

As my students are from Chile, I’ll be able to teach the Spanish history of Spanish speaking countries in South America and Latin America, which will be really interesting.”

Becky, who also took geography and maths A-levels at Joseph Wright Centre, originally studied chemistry but dropped it after a year to take Spanish instead.

She wasn’t enjoying her chemistry course but had always liked languages and was inspired by friend who was studying Spanish at A-level.

She added: “I chose Derby College over other local colleges and sixth forms because I liked the range of courses it offered, JWC’s buildings and its learning resources.

“Our lecturers were really good. We had Sally and Clare for Spanish. It was especially nice in the second year as our class size was smaller.

“I loved learning a language as part of a small group. It felt so comfortable.”

Becky now teaches 11 to 16-year-olds for whom English is not their first language.

She added: “Thanks to my Spanish A-level and degree I know what it’s like to learn a language.

“I can see where my students might be struggling useful but having other A-levels means I’m also able to teach other subjects; I’ve found my maths A-level especially helpful.”

I chose Derby College over other local colleges and sixth forms because I liked the range of courses it offered, JWC’s buildings and its learning resources.