Students and lecturers at Derby College have created a stunning trophy befitting of the return of The Derbyshire Brain Game in 2022 which was presented to the winning team, Morecrofts, who triumphed in the challenging quiz.

Students across the College regularly embrace a wide range of opportunities to work on ‘live’ projects and gain valuable work experience.

This trophy has been a collaboration between the Art & Design and Engineering curriculum areas and combines creativity with practical and technical skills.

Earlier this year, The Derbyshire Brain Game committee provided Art & Design students with a brief and timescale and a selection of designs were presented to a judging panel and the winning design was created by Jules Pass who has since progressed onto study A Levels at the Joseph Wright Centre.

The design was then handed over to the Engineering department to translate into the finished piece, led by lecturer and accomplished metal sculpture artist Peter Boulton-Lear.

The base of the trophy is made from concrete – signifying the rock/stone which was quarried from the Peak District to build the railways across the country – reinforcing Derby’s industrial heritage as the home of the railways.

The helix structure has been made using 3mm moulded copper sheet which has been used for its aesthetics of colour, longevity and ability to conduct electric current – similar to neurons of the brain.

The copper conductors are interconnected with wood replicating railway sleepers – arranged in a climbing ladder formation which suggests progress and climbing the leader board during The Derbyshire Brain Game.

They are also a reflection of the innovative nut and bolt thread which transformed industrial applications at the start of the Industrial Revolution and which were applied in Kirtley’s workshop The Roundhouse which is the College’s flagship professional and technical skills hub.

As the sleepers ascend to the top of the final helix, the form of the sleepers change into the base pairs of a DNA chain – symbolising the development and successes of scientific discoveries.

The stars represent achievement and successive abstract thoughts – conducted by the copper-like electrical current that can conclude an idea and ultimately the correct answer to a question.

Derby College Deputy CEO Heather Simcox said: “The committee were delighted with the thought, research and hours of work that has gone into creating the 2022 trophy which is certainly worthy of marking this special event and to commemorating the work of Marie Curie.”

The Derbyshire Brain Game raised £41,669 for Marie Curie UK, which supports 2084 hours of end of life nursing care in the county. 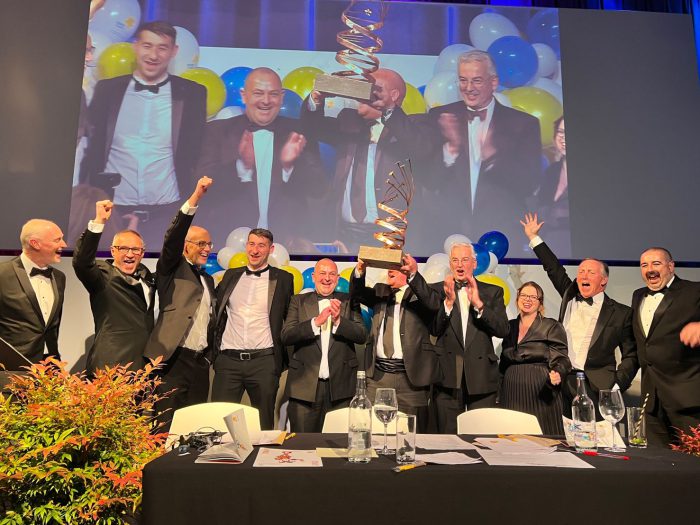 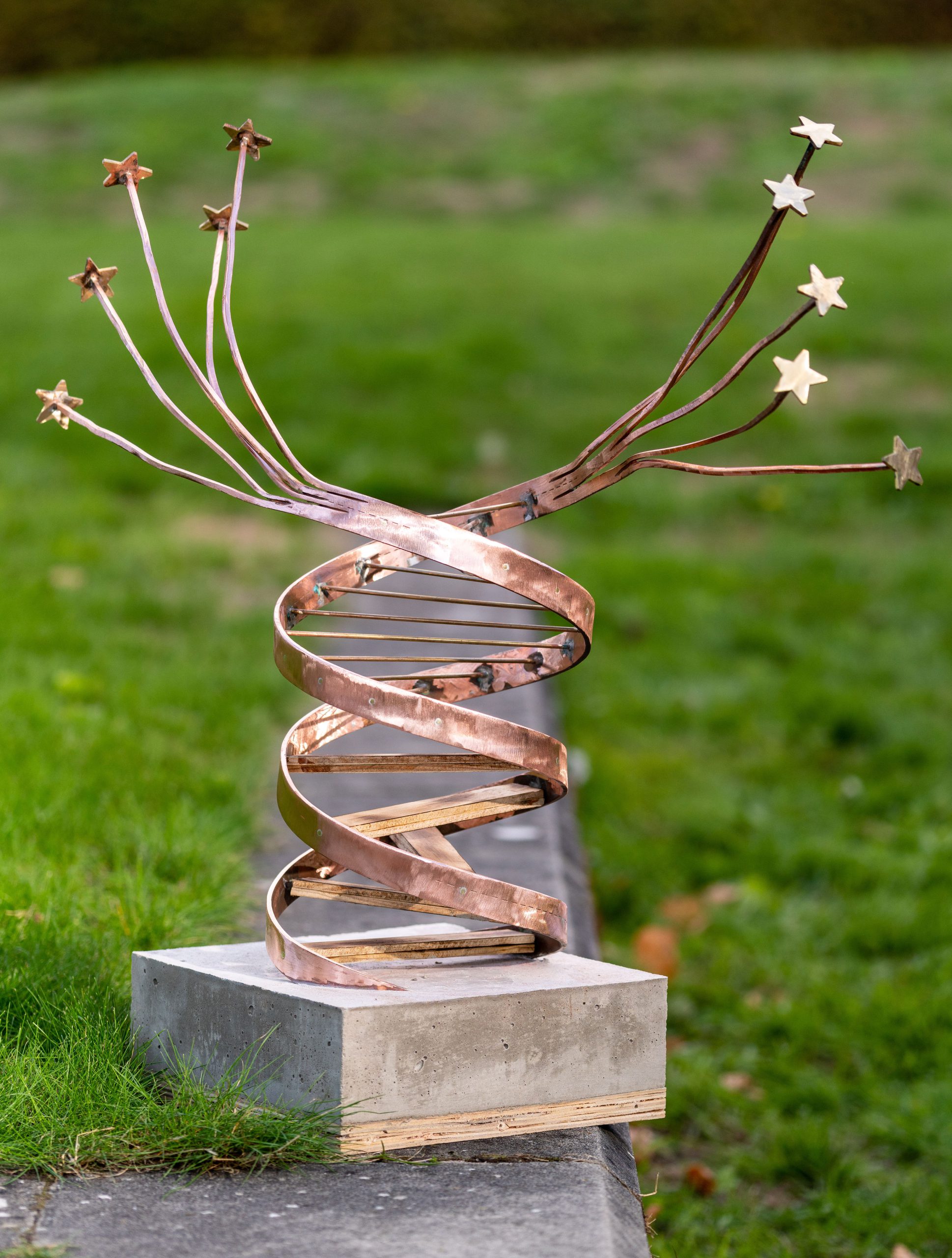