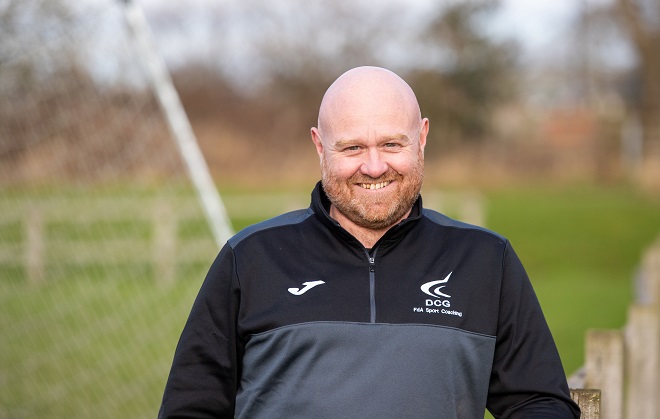 Kevin has lectured at Broomfield Hall to both FE and HE students since 2014, but his links with DCG go back many years.

He attended Derby College’s former Wilmorton site when he first left school to study for what was then a BTEC national in Sports and Leisure.

After graduating from Sheffield Hallam University with a Bachelor of Education (BEd) Hons degree in Physical Education, Kevin lectured at the former South East Derbyshire College before joining DCG’s staff in 2002 in the new role of learning director for sport.

Working as a lecturer and coordinator, this role was based around developing Broomfield Hall’s Sport department’s curriculum, looking at how best to direct resources and mentoring new staff.

He said: “About three years ago, My HE manager, Roberta Hall, encouraged me to apply to become a senior fellow of the Higher Education Academy.

“As part of my submission to the awarding body, I had to include two case studies.

“The first one the impact of  experiential learning on the learner experience and the second concerned the role of programme committee meetings in curriculum design.

“Derby College has been very supportive and I’m sure that having a senior fellow on the HE staff will benefit colleagues and students.”

Kevin has fond memories of his BTEC and credits DCG in shaping his career.

He added: “I found that Derby College’s independent learning style helped me make the transition to university so much more smoothly. It also gave me an advantage when it came to undertaking research.”

I found that Derby College’s independent learning style helped me make the transition to university so much more smoothly. It also gave me an advantage when it came to undertaking research.