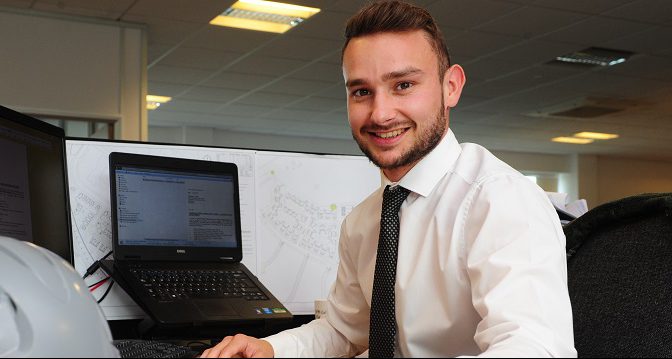 Joe reaches for the sky after receiving First in Quantity Surveying

He started with Barratt as a joinery apprentice on day release to Derby College but switched to the National Certificate in Construction while working as a trainee quantity surveyor.

Joe then went on to take the college’s Foundation Degree in Quantity Surveying, gaining distinctions for both his construction and foundation course.

Moving on to Nottingham Trent University, he was one of just three part-time students – two of whom were also from Derby College – to be awarded First Class Honours Degrees.

Joe said his Derby college lecturers were excellent and praised the depth and variety of the courses which “set me up” for the future.