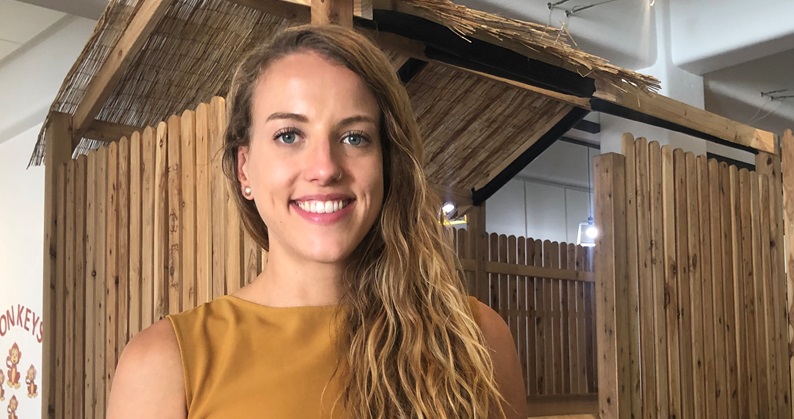 Former Peak Award winner Emily Gray was motivated to achieve “more than she ever thought she was capable of” while studying for A levels at Derby College.

And, since leaving Joseph Wright Centre 10 years ago, she has quite literally gone a long way – to university in Melbourne, Australia, to take a Master of Education degree in Applied Behaviour Analysis.

Now 27, Emily received a Peak Award for Academic Studies after performing well in her sociology, history and psychology A levels and EPQ, the Extended Project Qualification.

While on her psychology degree course at the University of Leeds, Emily embarked on a study year at Monash University in Melbourne.

And, since graduating, she has taught English in Peru, volunteered and worked in Sri Lanka and travelled in Australia before settling in Melbourne with her partner.

Currently studying for her master’s at Monash University, Emily also works as a site manager at a centre-based intervention service based on the principles of Applied Behaviour Analysis (ABA) for pre-school aged children on the autism spectrum.

She ultimately wants to become a clinical psychologist or clinical director of an agency providing ABA.

Commenting on her Peak Award in 2009, Emily added that it was “really unexpected and a huge honour.”

She included the award in her CV and found it was “something she was able to talk about in interviews.”

My lecturers were fantastic! They were really passionate about their subject, particularly psychology lecturer Glyn Pickering, who motivated me and pushed me to achieve more than I thought I was capable of. I also got great support at Derby College in applying for university and higher education. I was able to go on a residential trip to experience Oxford University, and received specialist and individual help with my application, personal statement and interview preparation.