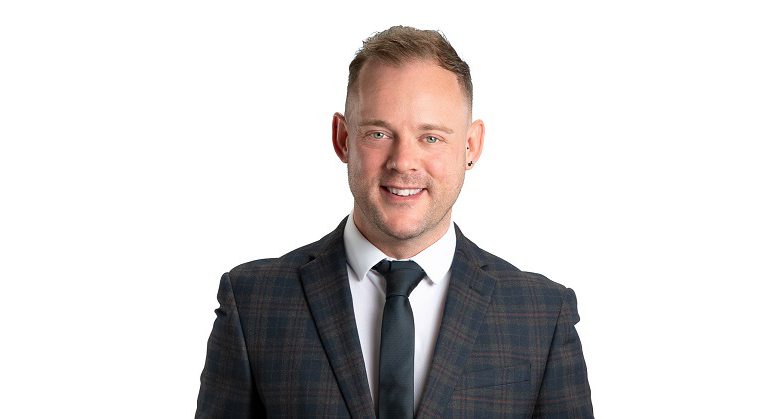 Marketing Derby inward investment executive Adam Rodgers is proud to be working in a job which entails promoting his home city and county.

But Adam, who comes to the role after several years in the travel industry, said his successful career journey would not have happened without Derby College Group.

Now 35, he took an NVQ in Leisure and Tourism at the former Wilmorton College when he left Merrill School at 16 and enjoyed it so much that he enrolled on  DCG’s Travel Services level 2 study programme the following year.

Adam said: “Derby College was amazing. We even had our own travel agency – Destinations – on site.

We did so many different things on the level 2 course, including evidence-based work as well as studying subjects like geography and learning customer service skills. The staff were great – friendly and knowledgeable.”

After college Adam worked as a travel adviser at Midland Co-op in Alvaston  before moving to Capita Travel and Events in Derby. His role there involved arranging travel, accommodation, rail and ancillary products to corporate customers.

He then  moved into Capita’s online support team and after that, trialled a new  role as an implementation support consultant with the company.

Following two years travelling and working in Australia, Adam returned to Derby and successfully applied for a job in implementations with his former employer. He joined Marketing Derby in August 2021.

Adam added: “I’m immensely proud of my city and county. In this role I get to travel and meet businesses across Derby and Derbyshire enabling me to attract inward investment into our great county as well as support our fantastic existing companies.

I wouldn’t be doing this job if hadn’t been for Derby College. My travel courses put me on the right path and influenced everything I’ve done in my career since.”

Adam said that another great part of going to DCG was that it brought him up to speed on key skills he hadn’t gained at school – subjects like maths and  digital communications.

He added: “I also came out with a level 3 qualification in IT which was really useful working in travel.

I’ve always been impressed with the facilities on offer at DCG. While I was at school, we used to go to Derby College once a week by mini bus to use the library. It was really good.”

I wouldn’t be doing this job if hadn’t been for Derby College. My travel courses put me on the right path and influenced everything I’ve done in my career since.