Two apprentices, who started their construction training at Derby College Group (DCG) when they were still at school, have been recognised in the regional final of a national skills competition.

Jonny McFarlane (17) who is an apprentice with KR Brickwork in Belper and Kieran Sanders (17), an apprentice with GF Tomlinson in Derby, represented DCG in the annual skills competition organised by the Guild of Bricklayers the Guild of Bricklayers which was founded in 1932 to promote and maintain the highest standards of craftsmanship in brickwork.

Jonny won the junior section and Kieran came second in the senior competition and are now waiting to hear if they have enough points to make the national final.

They are both former pupils at John Flamsteed Community School and attended Derby College as part of the pre-16 programme which gives schools pupils the opportunity to learn technical and vocational skills as part of the GCCE study programmes.

Jonny and Kieran now attend Derby College on day release and were nominated by their Construction teachers.

Teacher Clive Smith said: “We have worked with both of these lads since they were year 10 pupils coming here one day a week on the pre-16 programme.

“It was clear from the outset that they were made for the construction industry. We are very proud of their achievements in this competition which we engage with every year as it really tests the young people’s skills, accuracy and problem solving skills under time pressures.

“Our students and apprentices usually do well in the competition and we are delighted that this year has been no exception even though it was obviously disappointing to have to do it virtually rather than coming together with other colleges and training providers in the competition arena.”

Jonny (pictured right) concluded: “Coming to college on the pre-16 programme gives you a head start for either starting a full time course or looking for an apprenticeship after GCSEs.

“I really enjoyed the competition and was concentrating so hard that I forgot that the judges were watching us virtually the whole time.”

Kieran added: “Competitions are a great opportunity to put your skills to the test and are a good way of working on different and more complicated brickwork designs that you don’t get a chance to work on every day.” 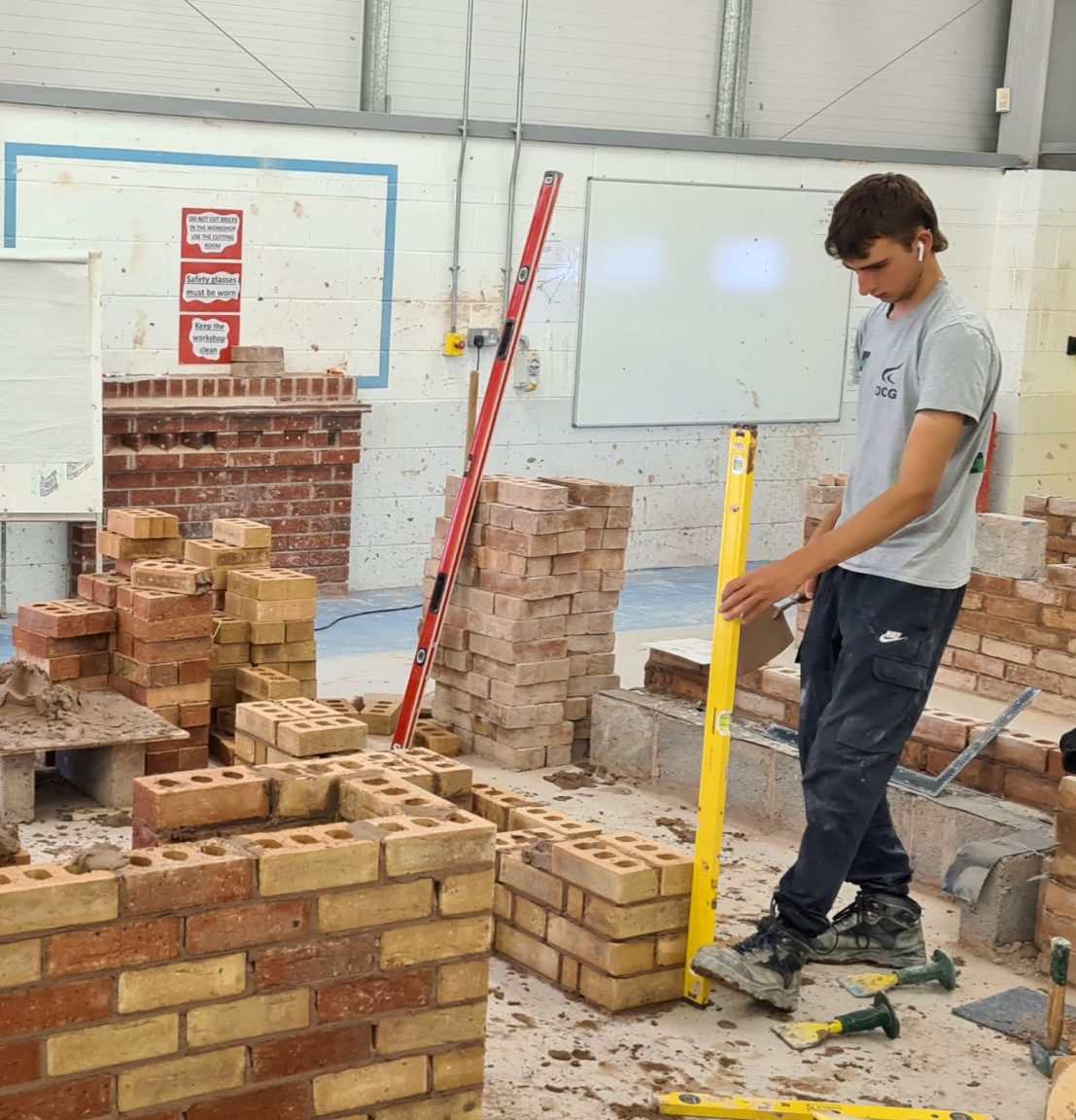