The Lord Lieutenant, accompanied by Deputy Lord Lieutenant Brell Ewart, who has led on the county’s role in the programme, visited Broomfield Hall in Morley where they met Countryside students and staff as well as apprentices and volunteers who help maintain the grounds at the college.

Mrs Fothergill planted a native oak tree in Little Park Wood – a new woodland in the grounds of Broomfield Hall where 1,000 trees will be planted over the next five years. 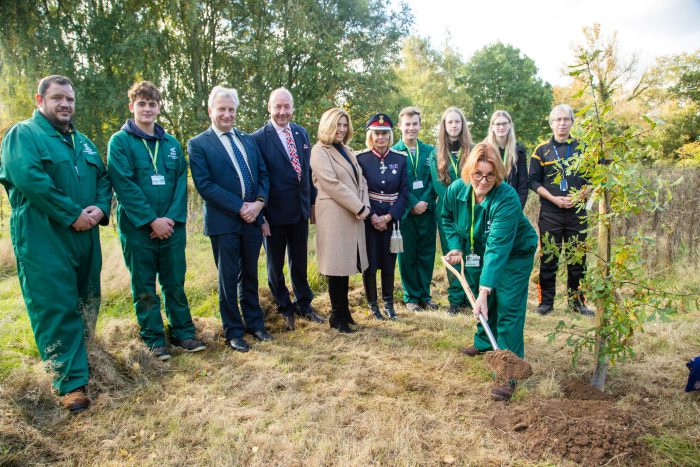 She then met with Broomfield Hall’s head gardener Samantha Harvey, apprentices and volunteers to plant a magnolia tree entitled ‘Elizabeth’ near the main entrance to Broomfield Hall. 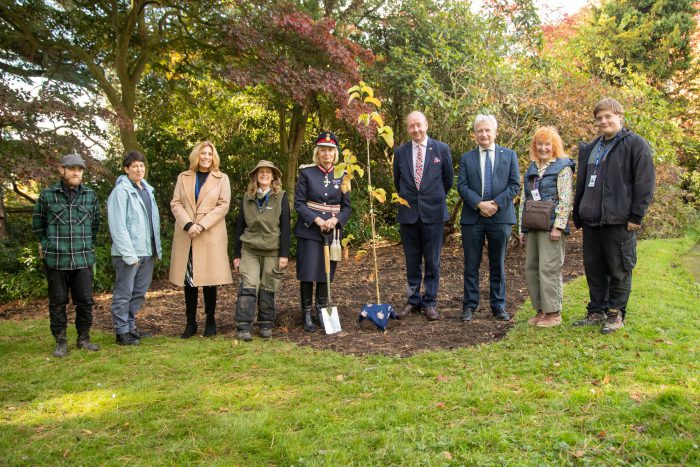 Jon Collins, Head of Land-based at Derby College, said: “We are very proud to be part of the Queen’s Green Canopy and in creating a living legacy to serve as a lasting tribute to Her Majesty’s extraordinary service to her country and her people.

“Staff and students have already been involved in the first stage of planting which has included 20 wild cherry trees at Little Park Wood – each sponsored by curriculum teams or individuals and marked with personalised plaques.

“Further planting will be led by our Countryside curriculum team who will nurture the area to ensure they are enjoyed by future generations.”

Mr Ewart concluded: “Thousands of trees are being planted across Derbyshire under the Queen’s Green Canopy programme which started as a tribute to the Platinum Jubilee and is now even more poignant as it will be a lasting memorial to the late monarch.” 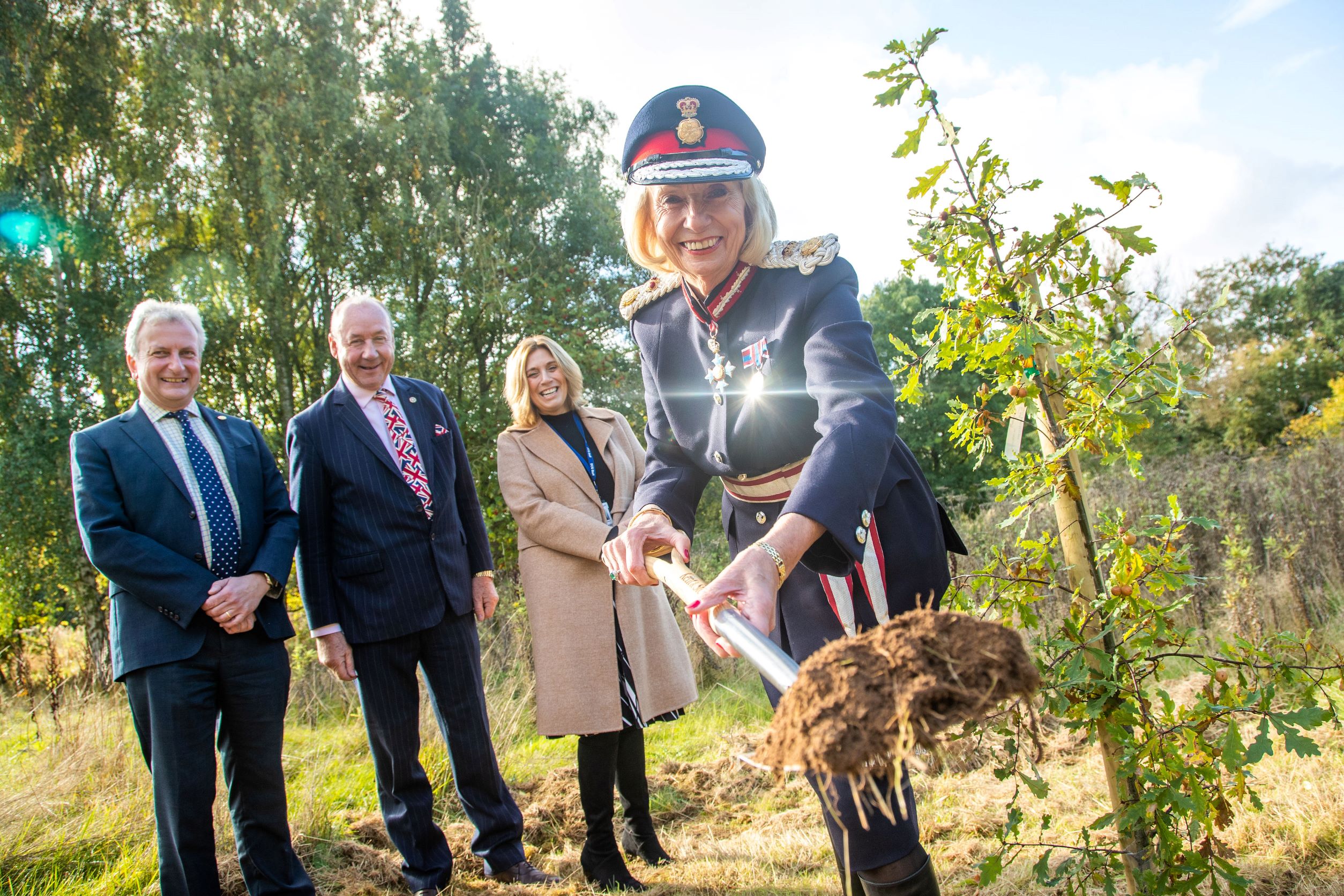