Derby College Group (DCG) Chief Executive Officer Mandie Stravino has been presented with an OBE by the Princess Royal at Windsor Castle in recognition of her services to education.

Mandie has worked in further education for 27 years and was appointed CEO at DCG in 2012.

She has also held a number of non-executive and governance roles including: being appointed to the DfE’s Principals Reference Group; chair of the CBI Regional Council a member of various economic development boards and ASCL’s national Principals’ committee.

Mandie said: “Attending the investiture at Windsor Castle will always be a memorable occasion in my life and it was particularly special to receive the honour from the Princess Royal who I met when she officially opened the Roundhouse College back in 2010”.

“I have been extremely humbled to be recognised, particularly  in the company of so many altruistic citizens who have had such a significant positive impact on their communities.”

Mandie chose to continue her post-16 education in an urban FE college; she valued the experience as not only did she achieve high grades across the board, she also developed wider skills and attributes which prepared her to progress and succeed in work, life and higher education, ultimately achieving an MBA.

Mandie’s career in FE commenced 27 years ago at what is now one of the largest urban FE colleges in the country. After a period of working for a national ITP she move back to the  world of colleges and eventually joined Derby College (now DCG).

As a product of FE herself, she is a champion for social justice. Supporting young people and adults alike to use the power of education to drive social mobility. 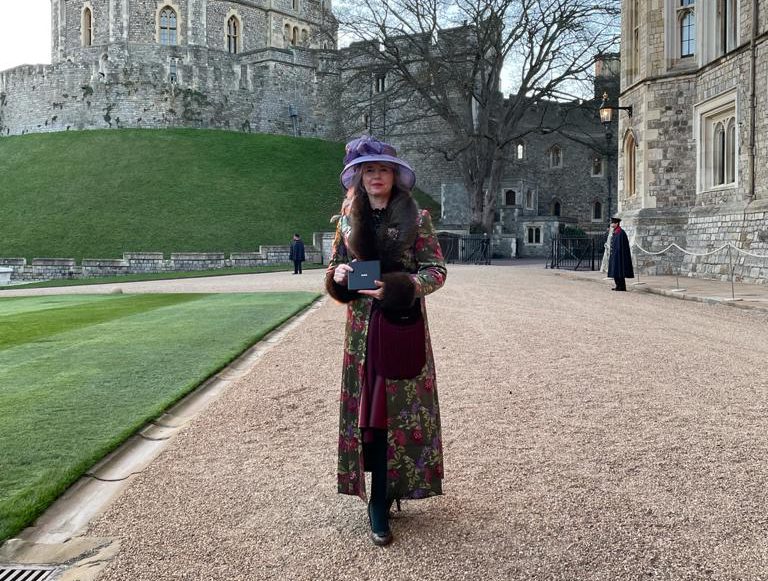