Michael Grange, an Advanced Practitioner in work-based learning and apprenticeships at Derby College Group (DCG) has been awarded a Platinum Jubilee Medal for his services working as a volunteer for the ambulance service.

Michael has volunteered as a community first responder for East Midlands Ambulance Service for many years – attending any life-threatening emergencies in the local area.

To mark The Queen’s Platinum Jubilee, the special commemorative medal is being awarded to serving frontline members of the police, fire, emergency services, prison services and the Armed Forces. Acting as a token of the nation’s thanks, the Platinum Jubilee Medal follows a long history of awarding medals to mark Royal Jubilees, with the first one awarded to mark the 50th anniversary of Queen Victoria’s reign in 1887.

The Platinum Jubilee Medal has been designed by Timothy Noad of the College of Arms and features an image of The Queen with the Latin inscription ‘Elizabeth II Dei Gratia Regina Fid Def’ which stands for ‘Elizabeth II, By the Grace of God, Queen, Defender of the Faith.

Michael said: “Receiving the Platinum Jubilee Medal is a huge honour and an immense privilege. I and the other community first responders are all dedicated to supporting our colleagues in the NHS and, wherever we can, helping to save people’s lives.” 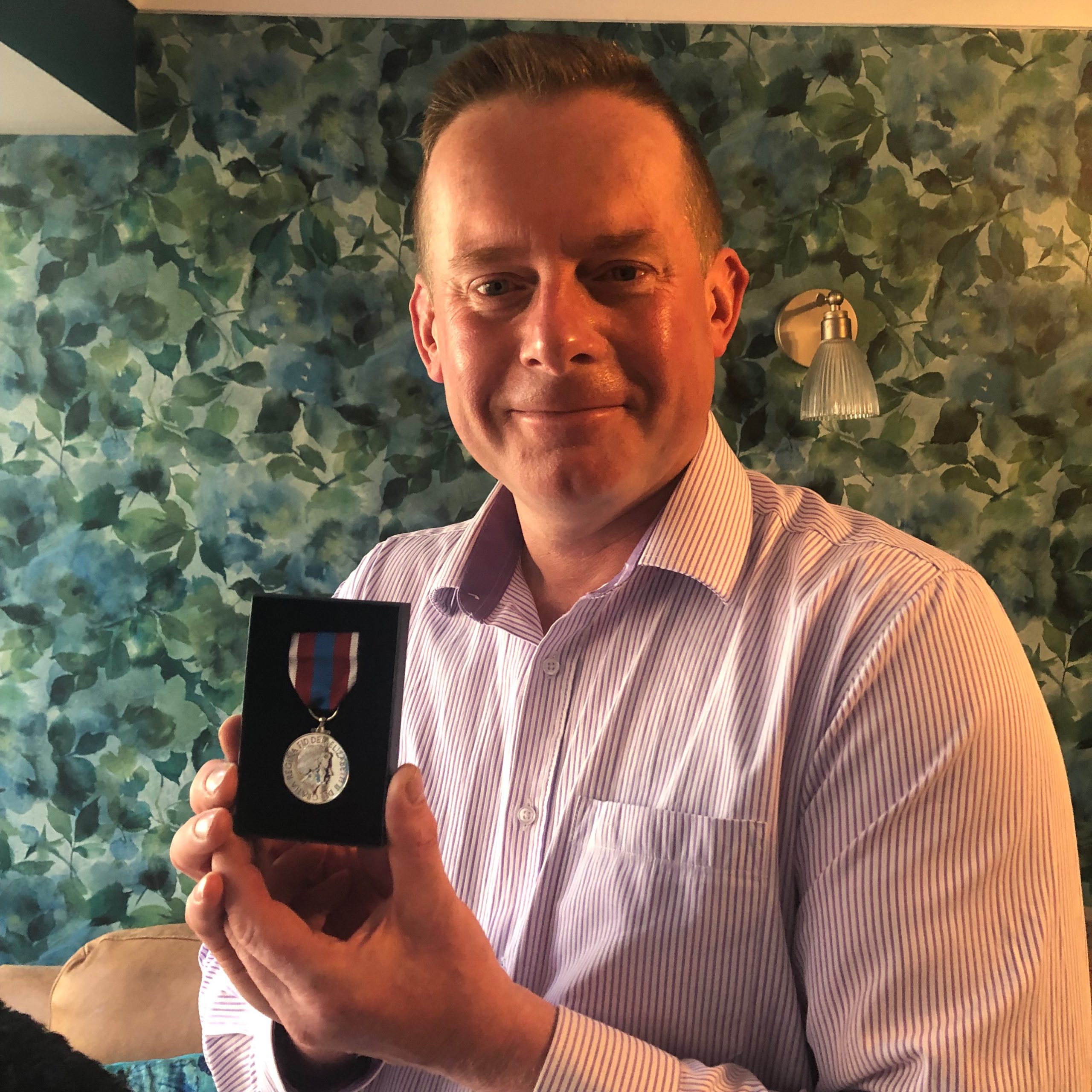