Anti-violence Bee has a ‘strong impact’ on Derby College students

Hundreds of Derby College Group (DCG) students have been stunned and amazed by the Anti-violence Bee, which has visited two DCG locations as part of a county-wide tour. Dozens of the students then had the opportunity to discuss career options with the team from Derbyshire Constabulary.

The aim of the Bee is to prevent violence and provide a visual representation of intolerance to crime. The 11-foot monument has been created using thousands of recovered weapons designed to raise awareness among communities of the dangers of carrying knives and firearms.

It was created at the British Ironwork Centre and was two years in the making. 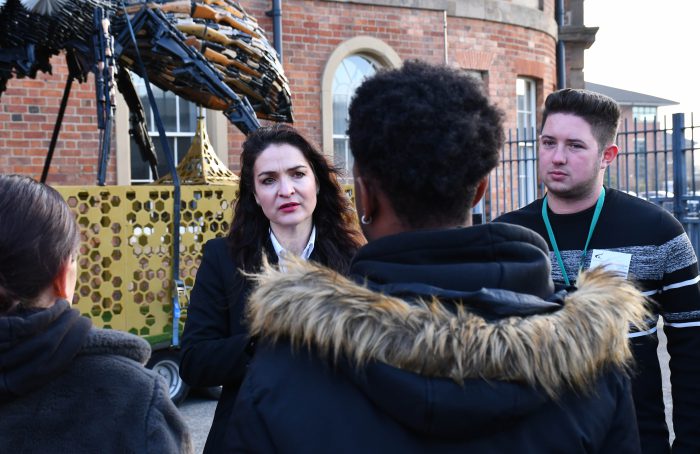 Those that were enthused by seeing the Bee included Megan, who is currently studying Public Services. She said: “This visit gave me an opportunity to speak to police officers about careers in the police, and was a very useful insight into working with them.”

And Skye Slaney, who is studying Animal Care commented “This is an incredible piece of work and really had a very strong message, and a strong impact.” 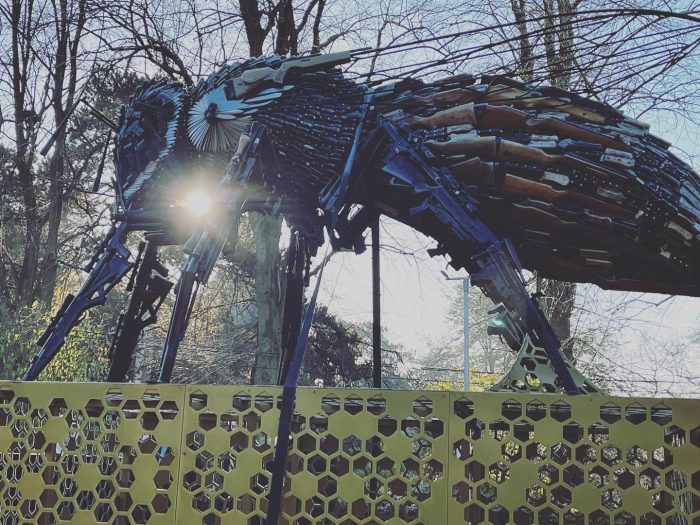 Chief Inspector Alex Wood, from Derbyshire Constabulary, said: “It is fantastic to see the reception the bee is getting, especially within schools and colleges where it is really important that we create positive interactions with young people and also promote the all-important anti-violence messages that come with it.

“Bringing the bee to Derbyshire is all about starting that conversation about how we can work together to stand firmly against all types of violence.

“This has certainly been the case at the various locations it has travelled to and especially by having it in educational settings, the children and students have been able to ask lots of questions and have a really useful discussion about where it has come from, the meaning behind it, and what we can do here in Derbyshire.

“A huge thank you to our partners and the students for their enthusiasm and support.”

Aaron Denton, Director for Student Experience and Pastoral Support, who coordinated the visits to the College said: “Through our Character and Employability sessions we make links to society – local and national – and we had the opportunity to invite the Anti-Violence Bee into Derby College through the effective engagement of our partnership work with the police.

“The Bee gave our students and employees the opportunities to engage with Derbyshire Constabulary, as well as educating our students on decision making and making more positive choices when it comes to knife crime.

“Lots of students were amazed and alarmed at the weapons which have been taken off our streets and used to create the Bee.” 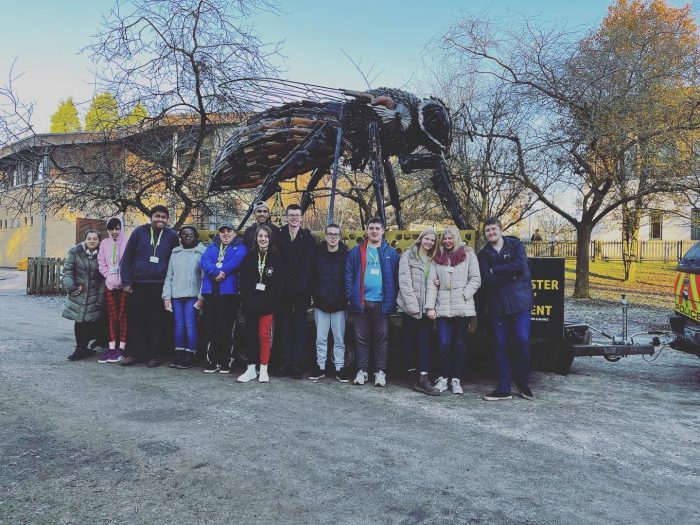 Students at Broomfield Hall were amazed by the Bee and spoke to Derbyshire Constabulary about career opportunities.

And Ryan Kirby, Senior Work Experience and Progression Mentor, who has been coordinating the activities with the students and staff said “ The Anti-violence Bee has been a fantastic addition to DCG provision in raising awareness to some of the challenges within local areas across Derby.

“This has had an impact across DCG sites far bigger than we predicted, this included learning writing articles on the Anti-violence Bee within English lessons.

Learners and staff have been very confident and comfortable with speaking to the police officers discussing their local areas and how the Bee has inspired them to help make positive lifestyle choices and positive changes to their day-to-day activities.”

The Derby College team would like to say a big thank you to Derbyshire Constabulary and to the Police and Crime Commissioner for Derbyshire for being included in the county’s tour. 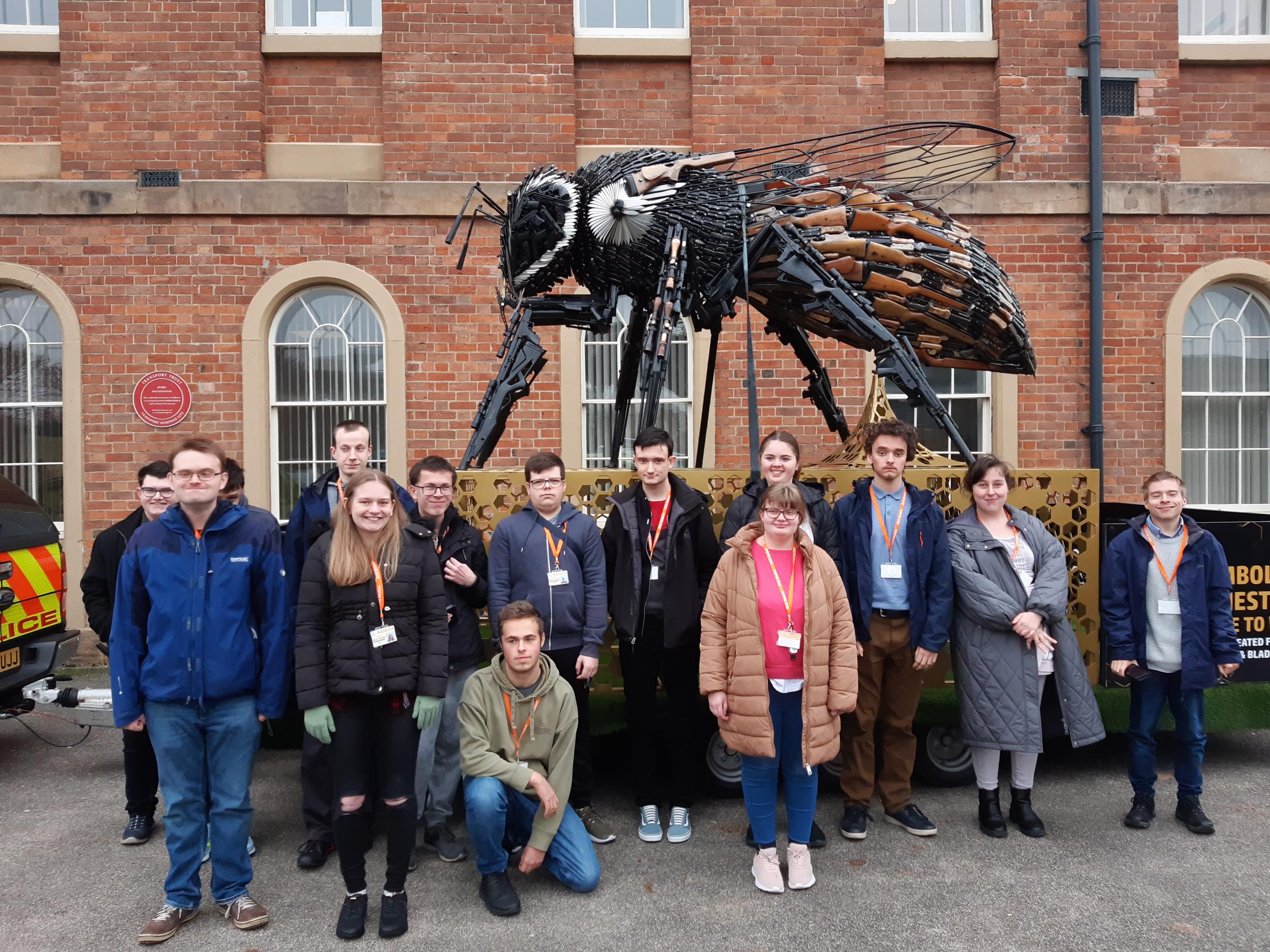