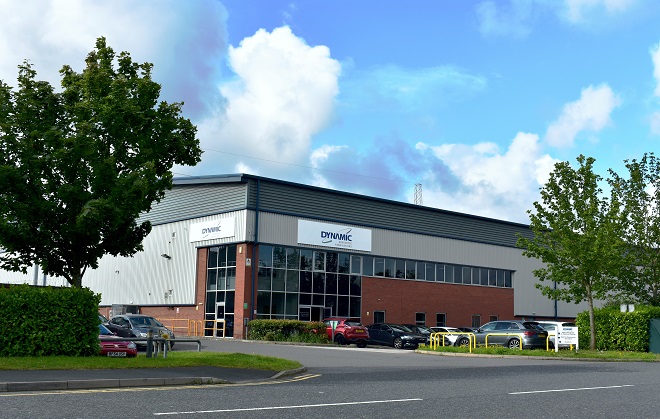 Castle Donington-based business Dynamic Aerospace Fabrications is committed to working with Derby College Group to provide the young engineers of the future.

The company, now and under its previous ownership, has trained many apprentices via DCG with its links with the college going back more than 30 years.

Dynamic Aerospace Fabrications, which supplies complex high precision parts to the aerospace industry, currently has six apprentices on its team –  including former Derbyshire Apprentice of the Year, Emily Hughes.

Machinist Emily is two years into her level 3 apprenticeship, as is sheet metal apprentice Nathan and machinist apprentice Oliver.

The business also has three adults apprentices, two of whom are in management and working towards their level 5 ILM Institute of Leadership & Management qualifications.

He said: “We need them for succession planning, especially in a fast moving, technological sector like ours, and to plug skills gaps.

“There are still huge skills gaps in British engineering. If you want to continue in business then you’ve got to invest in your team.”

A former apprentice himself,  Michael trained on the job, taking NVQs and attending further education college in Manchester, before progressing to university and gaining a master’s degree.

As someone who studied hard for several years while working full-time, he knows the dedication required to succeed but feels apprenticeships are often underrated.

He added: “Apprenticeships, in my view, don’t always get the kudos they deserve. A great deal of work goes into completing an apprenticeship. They take, time, effort and commitment, from everyone involved.”

Dynamic Aerospace Fabrications, which employs 100 people, offers its apprentices the chance to go onto higher education while training but only if they want to.

Michael added: “We’re pleased with our apprentices, the progress they’re making and with what they’ve already achieved.

“It was great to see Emily named Derbyshire Apprentice of the Year. Our business employs a lot of female engineers, with the ratio of women to men at 40/60.”

Dynamic Aerospace Fabrications began trading in June 2019 and was formerly the aerospace division of Paul Fabrications, based near Derby.

Now part of the Dynamic Group, a privately-owned business with its main headquarters in Michigan, USA, it works closely with associate companies within the group, accessing knowledge and expertise across a wide range of industrial sectors including aerospace.

Apprenticeships, in my view, don’t always get the kudos they deserve. A great deal of work goes into completing an apprenticeship. They take, time, effort and commitment, from everyone involved.