Despite the confusion and uncertainty around grades, many students are celebrating their success. 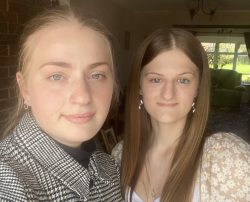 Twins Grace and Millie Lathwell (18) from Mickleover in Derby both decided to study the same A levels at JWC after John Port School because they were keen to study Criminology.

Both achieved A* in the subject with Grace gaining an A* in Sociology and a B in Psychology whilst Millie achieved an B and C in the respective subjects although the College has lodged an appeal for the Sociology result.

The sisters are now both progressing onto the University of Derby to study Criminology and are hoping to spend as much time in lectures and tutorial sessions rather than remote learning.

Grace said: “Although we have both done enough to get into University, we are disappointed with Millie’s B grade and we hope the appeal brings this up.

“It was pretty stressful when lockdown first happened because we had to ensure we got all the work done for our grades to be assessed but, once we knew how it was all going to work, we were actually both quite relieved that we didn’t have to sit exams because we get very nervous.

“We’re both really grateful to our teachers for the support we got in those final weeks and it was a shame not to be able to finish the whole college experience as we really enjoyed it at Joseph Wright.” 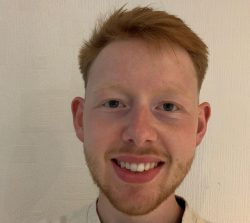 Alex Baines (18) from Alvaston is celebrating three A grades in Sociology, Psychology and Geography and has an unconditional offer to study Human Geography and Sociology at Keele University with his sights set on being a teacher.

He had originally planned to stay on at sixth form at Noel Baker but enrolled at Derby College when the decision was made not to offer A levels at the school.

“I am so glad that this happened as the Joseph Wright Centre has prepared me for university much better so that it won’t be so much of a culture shock.

“I was disappointed not to sit my A levels but I was confident that my work ethic during the two years would hold me in good stead.

“I am now ready to move onto the next stage in my life and to going to university which I hope will not be impacted too much by the ongoing pandemic.”

Alex has volunteered at Noel Baker School one day a week – teaching geography and is also a Beaver Scout leader. 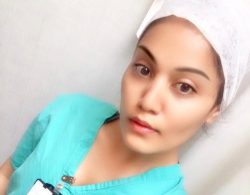 Mature student Arooj Qaiser says she was pleased to get A grades in Biology, Chemistry and Economics.

She has secured her place to study Medicine at the University of Nottingham which has always been her goal.

Arooj came to the UK from Pakistan in 2014 and was unable to access education immediately.

She set about teaching herself English by watching Youtube and accessed online resources to enable her pass enough GCSE examinations to secure a place at Derby College’s Joseph Wright Centre for her A Level study programme.

She said: “I have worked so hard – often getting up in the middle of the night – and was very disappointed when we couldn’t take the exams.

“My teachers at college have been fantastic and I am so grateful for their support.

Friends Abbie Leeson and Maia Gibbs are both now heading to the University of Nottingham to study English and Creative Writing after clinching high grades at Derby College.

The 18-year-olds are both from Mackworth and known each other since nursery and then attended Murray Park School together.

Abbie said: “It has been a scary few months because nothing like this has obviously ever happened before and none of us knew how it would all pan out.

“I have not been particularly worried because I know that I put the work in the whole two years and did well in the mocks so have been hopeful that this would hopefully be reflected in my results.

“For my EPQ I have published work on students’ mental health issues which is an issue close to my heart and has been very timely considering what has been going on.

“I am now looking forward to going to university.  I gather there will be more of an element of virtual learning but it will be good to meet new people and make new friends.”

Maia continued: “I am really pleased with my grades but too nervous to even open the email so asked a friend to do it.

“This situation could not have been predicted by anyone and although I was disappointed not to take the exams and show what I could achieve, there has been no point dwelling on it.”

A Level student Paige Ferguson (18) from Spondon is celebrating not only high grades but also the prospect of starting a degree apprenticeship in Civil Engineering with Balfour Beatty.

Paige, a former pupil at West Park School, achieved an A grade in Economics and B grades in Maths and Physics.

“I am over the moon with these results and very relieved.  I was inspired to apply for higher apprenticeships in Engineering by my Physics teacher and I can’t wait to start work.

“This will be the best of both worlds – studying at Nottingham Trent University one day a week and then learning on the job the rest of the time.

“I applied just before lockdown and it has been very stressful going through the application process as well as finishing off my A levels and working part time but it has all been worth it.” 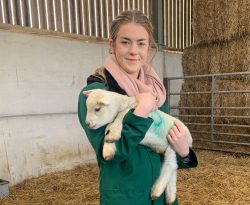 It is not just A level students who are celebrating their results this summer.  Among the Derby College Group vocational students who have clinched university places is Animal Management student Jessica Christian (18) from West Hallam.

She is heading to London to study at the prestigious Royal Veterinary College having clinched an overall Distinction Star in her study programme at Derby College Group’s Broomfield Hall.

Jessica has always loved animals and did a level two qualification in the subject at Kirk Hallam Community Academy where she also won a leadership award from Aberystwyth University.

She enrolled at Broomfield Hall with her sights firmly set on studying Veterinary Medicine at university and was ‘gobsmacked’ to have achieved the highest grade.

“I missed an extra two weeks before lockdown because my family had Covid symptoms and we had to self isolate and I had loads of work to complete but I made sure I stayed focused and organised and I am so relieved that it has paid off.

“I have loved my time at Derby College. Animal Management is a brilliant course and I even got over my fear of spiders!

“I am nervous about moving down to London but so looking forward to getting stuck into the degree programme.” 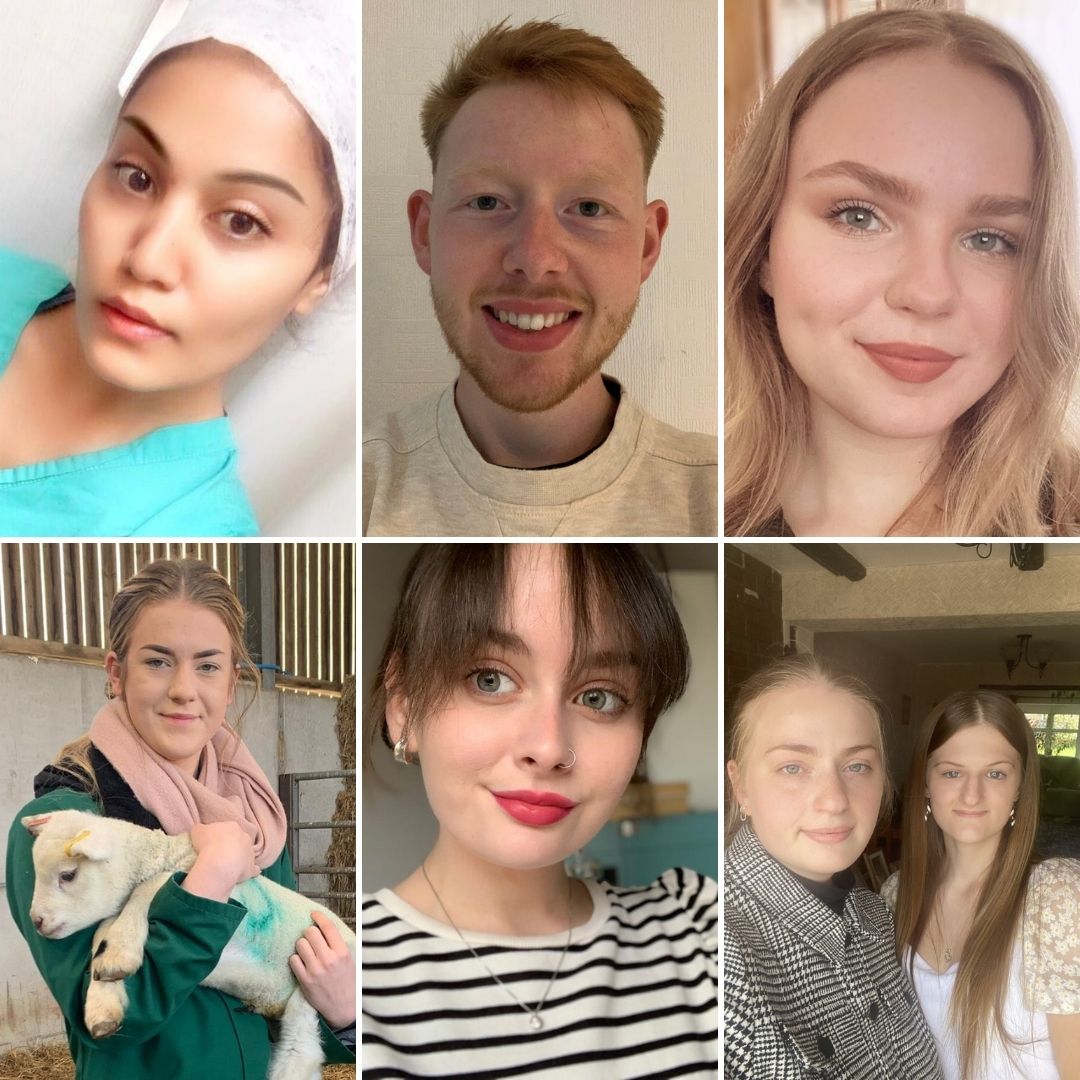